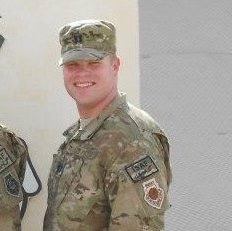 Sometimes you read a post and it rings home. With that, I share the thoughts of a colleague and veteran of the US military. The truth in his words should not be taken lightly. His insight into our two party system and non-bias opinion on the efforts and failure of both are accurately depicted. Yet, this election is a vote for humanity and respect. Something this administration has clearly lost sight of lately.

“Tomorrow is election day and I’d like to put it out there how I’ll be voting and why. It should be noted that I’m doing this on my own time and doesn’t reflect anything but my private view on today’s public life.

Simply put, I’m voting against the Republican Party tomorrow from the top of the ticket to dogcatcher…if it’s a partisan race, I’ll be voting for a Democrat.

This has been a broader journey for me that is likely to be dismissed by partisans on the right (and that’s okay, even though I’d wish they’d listen as people like me abandon the party), but I’ve come to a see proud party that I was once a part of almost completely embrace it’s darkest elements. Trump, even as he demonstrates his unfitness for office nearly every day, is both a product of this process and part and parcel with it. Certainly there is a historical thread there that runs from the Southern Strategy through the politics of the 90s through to today, but even through all of those times good men and women on conscience could honestly disagree on real political issues and still come together for compromise.

While I might disagree on the policies of the Democratic Party and their fringes may get a little silly at times, they still demonstrate an adherence to fundamental American values – they believe in the enfranchisement of voters and little “d” democratic values, they believe in all three branches of government (and they believe in oversight), they do not engage in abject racism, they still believe in our alliance and trade system that has gotten us to a $20T economy and made us the strongest country in the world, and I’m sad to say they’re the more fiscally responsible party.

But this isn’t about the Democratic Party, this is about the GOP and what the last two years have looked like.

This party supports and actively defends an abjectly unfit President that the party didn’t have the good sense to stop on principle.

The president and the party that supports him is unfit, divisive, and amoral. The only way this changes is to show that the result of this course is to lose and to lose big.

I’m told to not look at what type of man the President is or what the party has become, but to look at the policies – this is laughable. Outside of terrible executive orders the polices show a lack of an ability to govern, are an extension of the amorality described above, or are a perversion of what should be winning conservative policies. What am I supposed to like – an unneeded family separation crisis to address a problem that has subsided in recent years and is made worse by the other policies of this administration? Am I supposed to like misguided trade wars with allies. The ones were Congress shirks responsibility, emergency powers are abused, and allies become foes all for minimal changes in agreements like NAFTA. Was the damage really worth a 12.5% increase in the rule of origin rule for cars in North America? What about having absolutely no positive policy to replace the ACA – no conservative answer for healthcare after eight years? Am I supposed to like borrowing from China to pay farmers for the tradewar there while we’re not using the WTO and entering in multilateral trade deals that would actually help us vis a vis China? Am I supposed to like that we’re now isolated in the world versus Iran now that we’ve left the JCPOA? I’m supposed to like that the Europeans are actively designing ways for Iran to avoid new sanctions? Was I supposed to like the dysfunctional Muslim Ban which was racist and hurts us in the CT fight? Am I supposed to like upcoming throttling that will likely be the result of rescinding Net Neutrality rules – those same rules that were wildly popular and encouraged innovation? I can see why you might think I’d like a tax cut, but not one that fails to simplify the code, only resulted in stock buybacks, and blows a $2T hole in the budget. Was I supposed the like what the GOP put the country through as they went after a credible lady in Dr. Ford in the pursuit of a judge that seemed to be supported mainly because of his views on executive power? Are Republicans supposed to still hold their nose now that there’s an enduring conservative majority on the SCOTUS? Am I supposed to like other moves that seem to be designed to ensure minority government and undermine the Republic (i.e. – extreme gerrymandering, sometimes on racial ground, widespread voter disenfranchisement, etc.).

Finally, I’m voting against the party that supports the worst people in our politics outside of Trump – has anyone truly been inspired by the likes of Steve King, or Roy Moore? The national GOP only in the last few days stopped supporting King in the aftermath of years and years of Nazi support and white nationalist sentiment, and the GOP gubernatorial candidate is still doing her final campaign stop with him. Always remember that the GOP stood by Roy Moore in Alabama. Read about some of Sheriff Joe Arapio’s shenanigans and remember that Trump pardoned him. Think these are isolated examples? Check out Blackburn in Tennessee, DeSantis in Florida, or Kemp in Georgia. Not to get too deep into the Russia stuff, but remember it was Don “Fredo” Trump Jr., Manafort, and the boy genius Kusher that actively tried to collude with Russian government envoys and that the Mueller investigation is always ahead of the game. Remember it’s the GOP leaders of the House Intel Committee that have repeatedly gotten owned on conspiracy theory after conspiracy theory (tapping, unmasking, FISA warrants, etc.). This is not the GOP of Reagan, Bush, and Ford.

If you’re tired of an unfit amoral President and his enablers in Congress. If you think Trump needs a check, if you want to answer the amorality and the malfeasance of the current GOP, if you think the GOP needs to go to the wilderness for awhile or that a new center-right message needs to emerge then join me and vote against the GOP tomorrow. GOP victory will be taken as affirmation and everything I’ve written is not the America I know and we won’t get back to us if that happens. Defeat may give pause and defeat after defeat may begin to spur the change in our politics that we need.

We need a good center right party in this country – we need those healthy debates to solve our problems. We won’t get there unless the GOP begins to lose. I hope and pray their losses start tomorrow.” ~ LK

Louis’ vote isn’t a win for Democrats but a loss for Republicans. It’s a message that morality and humanity shall always overcome the establishment that would have us back in the stone ages. President Andrew Jackson instituted dirty politics and it’s embedded into the fabric of our political structure. Democrats should learn it’s not enough to say Republicans are racist. As African Americans, my people have seen racism and discrimination on both sides of the political hemisphere. As sure as Democrats received a wake up call in the previous election, Republicans will hopefully be sent the same message. If not, the swamp won’t get drained, it will break the dam and expand its reach. We should not build a wall, we should build bridges of unity. Well written and stated Louis; thank you for allowing me to share your voice. Happy Veteran’s day sir!