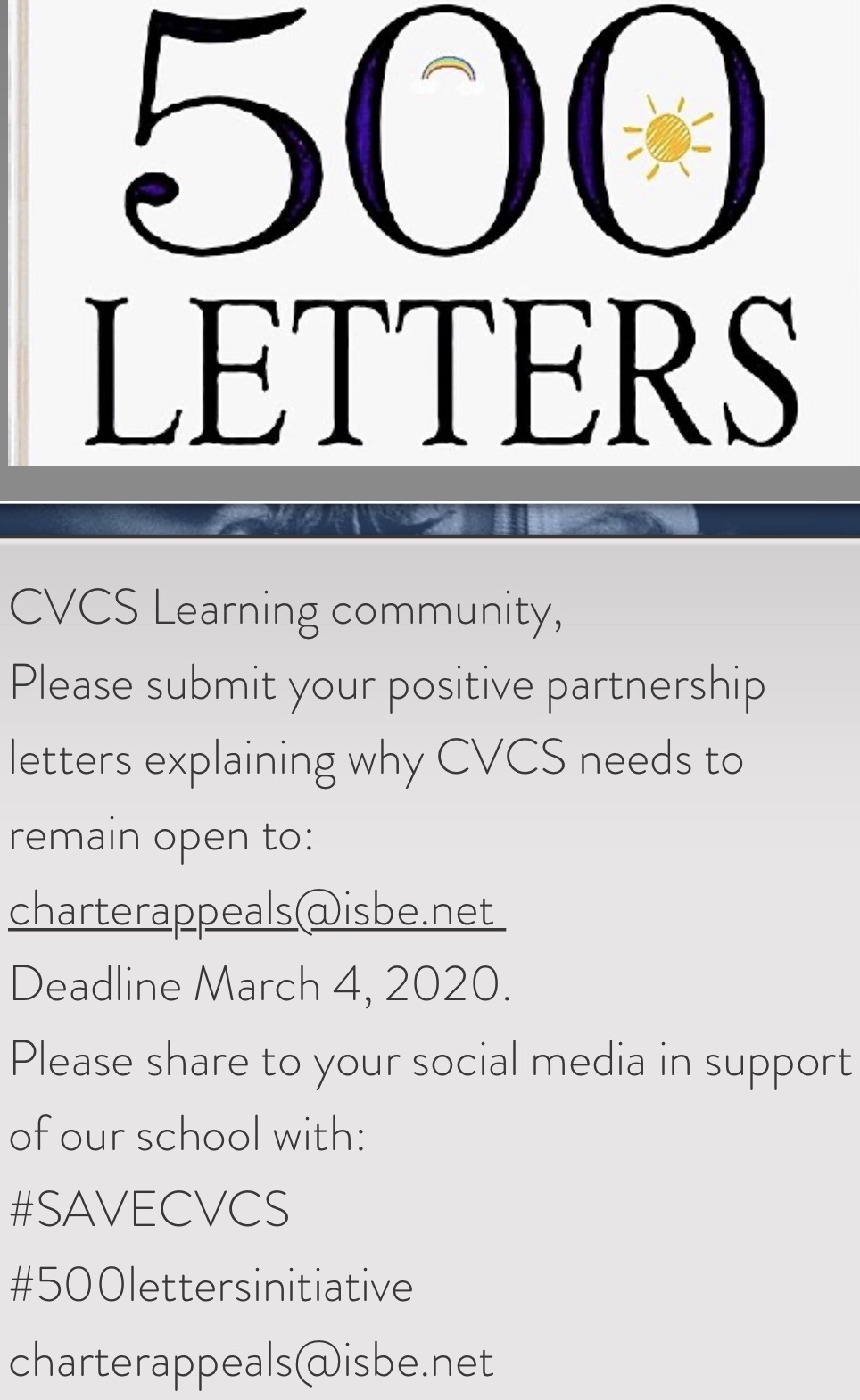 Today, the Illinois State Board of Education voted to revoke the appeal of The Chicago Virtual Charter School to remain open. It will officially close at the end of the school year.

We are sadden because online learning has risen to new heights during this pandemic. CVCS is a foundation for many families in Chicago, including mine. Our daughter spent K-8 at CVCS. It was a great option for families who wanted a hybrid of homeschooling and online learning (most of which I stated in a previous blog).

This is a failure of leadership. Surely enough blame can go around. There were parents who had jobs and would leave their children to homeschool themselves. There were parents who were not consistently logging attendance records which drove truancy levels to record highs from previous years. These were crucial factors in the decision making process. However, the core of CVCS’ issues were caused by leadership. The board of directors at CVCS failed this school.

I have never cared for most board meetings. If there is no willful intent to actively listen and address parental concerns regarding administrative changes then don’t open board meetings to the public and allow them to share 180 seconds of thoughts that you will ultimately be ignored. Parents were not heard and that corporate adage of “the board of directors knows what’s best” is arrogant. That arrogance will now change the landscape and future of students and families for the foreseeable future.

It was in 2017 when the board of directors decided to move away from the expensive, but proven model that K-12 provided. Under K-12, parents were mailed books for the entire school year, a computer, headphones, a microphone, monitor, and a printer. K-12 also provided the teachers who had built relationships with children during their tenure. All three of my godchildren graduated from CVCS, one from high school who recently completed a double master’s from Rutgers and two completed their K-8 education there and have gone on to become college graduates. When CVCS moves away from this model to purely online resources, it creates a problem by not acknowledging the age of parents, the digital divide between older parents, and the impact generational parents who were used to instructions with text books verses online book. Parents could no longer read a child’s lesson in the bed at night to prepare for the week. Though the textbook industry is moving digital, at the time in 2017, parents only had a month to prepare for a drastic and extreme curriculum change.

Once we were hopeful. When the board decided to bring in a CEO I was thrilled. A board should never run a school. Charter Management Organizations (CMO) can not competently run without a CEO or support system. With K-12 no longer acting as the CMO, there was not enough planning between hiring a CEO to really come up with a solid plan to carry CVCS into the future without parental value and input. Yet, when all final determinations come from the Board of Directors, there’s only so much a CEO can do. I sat through a board meeting and questioned the competency of a particular member of the board who had no expertise in the area she was questioning the newly appointed CEO. Hiring an embattled CEO from a previous school system means the vetting process was not extensive or sufficient, which proved the case. Personally, I liked the Dr. Pruitt. I am not convinced she was given the full autonomy necessary to get the job done.

With my background, and the strength that not for profit charters work to maintain supporting each other, I offered myself and several connections to my direct contacts. I work for one of the best charter systems in the country. I was promised call after call, zero follow-up to email communication. That never happened and that’s when I made the decision that we would leave CVCS after our daughter finished 8th grade.

It turns out it was the right decision to make. It was an early adjustment for my daughter but she’s doing great. She’s doing great because she’s in a school system that is run by great leadership and a fully vested board of directors that listens not only to teachers and administrators but also to parents and students (of which we have existing on our board). The diversity of our board stems from an equity and inclusion lens which also includes alumni representation.

CVCS will be missed. There is only one teacher present since my daughter started in Pre-k. From 2017-2019, almost every teacher and administrator my daughter remembered is gone. 8th grade started without an ELA instructor and the curriculum was delivered late. It’s sad to see people lose their jobs; it’s sad to see parents scramble to find what options will be next for their children. Why? Because most parents, as myself, want to provide their children with a solid foundation of life skills before we send them off into society fully. Homeschoolers are not attempting to mask or shield children from the world. On the contrary, we are preparing them for the world so when they do step into any school, at any age, the last thing a teacher will have to worry about is behavioral issues from that student.

I pray the families at CVCS will find a better journey for their children. The model is good, the opportunity to start and build fresh is even better. With this pandemic upon us, more K-12 institutions will surely look for a hybrid model that is already practiced in some parts of the country.

Prayers, tears, and on to the future!