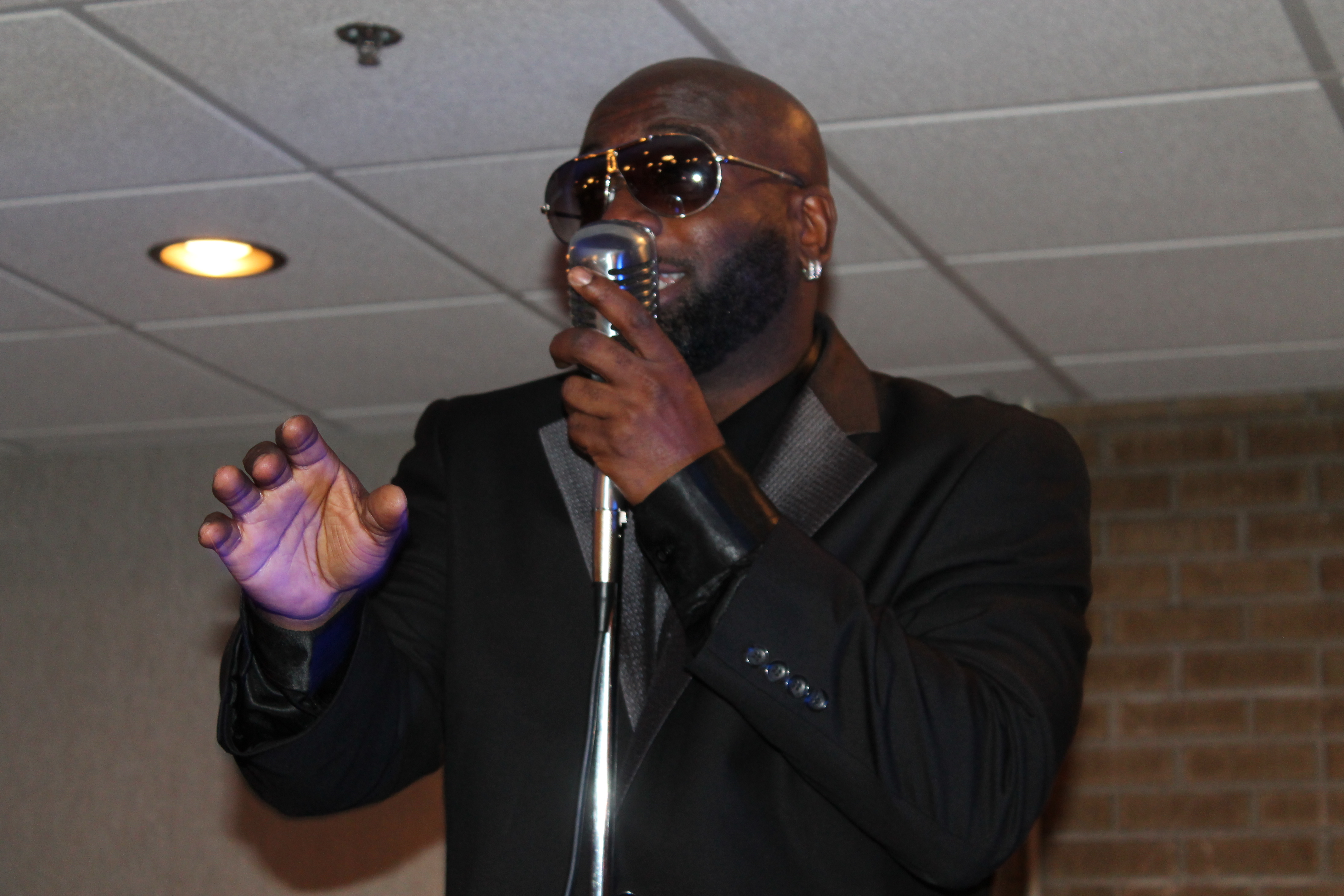 He is an activist, writer, poet, artist, motivator, coach, entrepreneur, and father.  De’Andre Hawthorne, known as Blaq Ice, has been on the arts scene in Chicago since rapping and entertaining in his early days as a student at Simeon High School located on the south side of Chicago.  He is the founder of the award-winning International Spoken Word group named P.O.E.T (People of Extraordinary Talent).  Founded in 1990, P.O.E.T does various community service projects throughout the city and external of Chicago including chapters in Minneapolis, Detroit, Michigan City, and Las Vegas. P.O.E.T visits battered-women shelters, public schools, hospitals, parades, community rallies, and various other community events as part of their call to heal the world “one word at a time.”  Their membership includes people from all walks of life and religious beliefs.  Their focus on community, mentoring, and social equity drives them.

Under his leadership, many poets and spoken word artist have become published authors, have released music, and gained local notoriety.  The annual A.C.E Tech High School sleep over held on May 14, 2016, was a major success.  But as always with recognition comes trials, ups, and down.  I chopped it up with the P.O.E.T CEO, entrepreneur, and community activist this morning to engage the mind of one of Chicago’s own.

1.  Why is P.O.E.T so important to Chicago and beyond?

As you know, over the years, Chicago has increased in gun violence, so much so that we have as many murders as of May 2016 as there are days in the year so far. What P.O.E.T brings to the table inspires teens to make positive choices and decisions. Not only have are mentorship programs been effective in Chicago, but all across this nation. When you see those whom we have mentored become mentors, at that moment our mission and motto become complete. Our Motto is “Changing The World, One Heart, One Mind, One Word At A Time.”

2.  There seemed a time in 2012-2015 there was a lot of tensions amongst poets and groups with a lot of that social media hostility directed towards you.  How were and are you able to maintain, still be you, and not retaliate?

I war not against flesh and blood, but principalities and powers and spiritual wickedness in high places. There will always be those who hate what they don’t understand.  Jesus had haters so you know I’m not exempt. However, in order to be a leader you have to love those whom you lead more than they hate themselves. I don’t retaliate because as a leader I have to be the example, besides, my city (Chicago) has a problem, so my fight and my war is against the violence on my people by my people.

3.  What do you think is lacking from African-Americans with all the violence in our communities?

My people are destroyed by lack of knowledge. The knowledge of God and our true identity (Israel) has caused so-called African-Americans to carry the label of MADE IN AMERICA. God created us, but America made niggers. So as many young people as we can reach and teach the truth to, it will enable us to help to save the future generations to come.

4.  I have seen you on Fox News often addressing some of the issues with violence.  Why is local community activism a must narrative for African-Americans?

People are tired of talk, that’s why activism is important. The root of the word activism is ACT and actions speak louder than words. Our youth wants to know that they are loved and appreciated. Spending time, sharing what connects us (our stories) with them, allows them to feel comfortable opening up, releasing that buried hurt and pain. Once they release, we can replace the hurt and dirt with positive spirits.

I love art, entertainment, and poetry.  If my existence on this earth doesn’t help change or save lives, then my living is in vain. Yes, I will release more albums and books, but the entertainment platform allows me to use a bigger stage to reach more people. It’s all about developing programs that will continue to exist beyond our own existence.

We are already seeing other poetry groups follow our lead, doing the very things that P.O.E.T was once criticized about in arts, entertainment, and social activism. We have already inspired others who are recreating what we are doing and have done. I believe the programs I have created such as the P.O.E T, the A.C.T.I.O.N Mentorship program, P.O.E.T RADIO, The TYRONE HAWTHORNE CANCER Scholarship, The P.O.E.T TEEN IDOL, Stand Up, and The Legends of Chicago Hip Hop will continue to exist in some form or fashion even after I’m gone.

Surely Chicago will see more of one of its greatest entertainers.   To reach out to P.O.E.T and learn more about the organization please visit their website.

One thought on “The Legacy, The Icon…Blaq Ice”