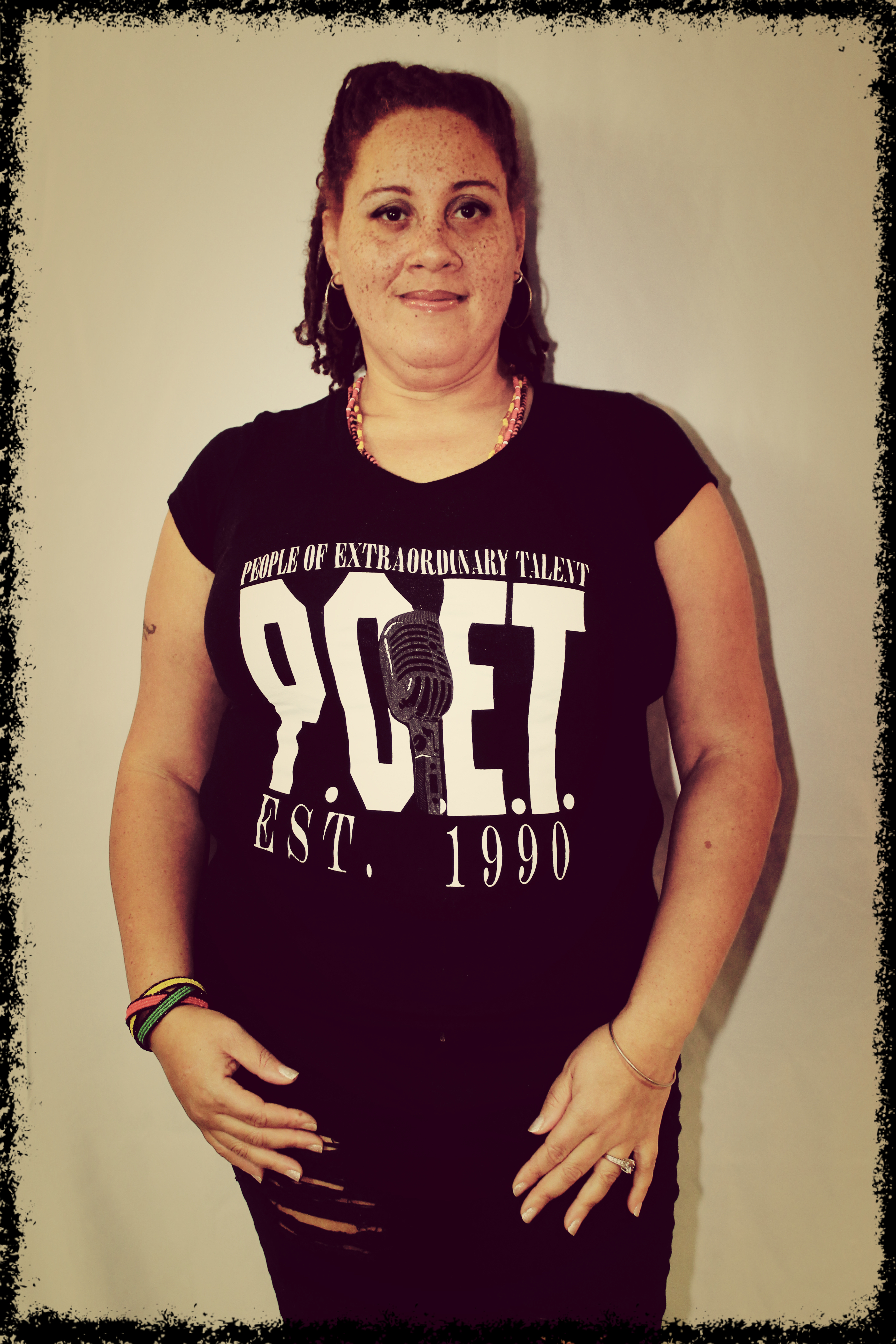 I had the pleasure of doing a photo shoot for Connie Jones (I dare call her that in public). Her Spoken Word name, or life name, is Mz. Conception. She has been on the activist side of Chicago for quite some time but more recently I had the honor of marching with The People of Extraordinary Talent organization (P.O.E.T) for civil protest against police brutality, economic empowerment, and African-American on African-American crime. As we gathered at 87th and Cottage Grove Mz. Conception grabbed the microphone and went into a piece I will describe later. After the shoot we sat down (of course now realizing I didn’t off the queen any water or food (smh)) and I wanted to have a better understanding of the Spoken Word Activist Mz. Conception.

END: So, how long have you been writing?
mzC: Since I was six, so for 31 years.
END: Why do you always start your poem with “Peace and Love”.
mzC: We all need peace and we definitely all need love!

Wow, that was quick. She’s short on words and doesn’t believe in wasting time. For her, life is precious and valuable. Long before the evidence surfaced about the LaQuan McDonald shooting in Chicago and definitely prior to the hashtag #16shots, Mz. Conception had already comprised a piece by that name. She said it was a gift and concept that came to her and didn’t realize the evolution it would take. As she stood on the corner of 87th and Cottage Grove, she reached a place in her recitation of 16 Shots where the crowd joined in and roared

I can’t imagine the emotional weight of a piece that was given to her prior to the escalation of police cover-ups, political abuse of power, and aldermanic back-peddling, and protest that have sparked protest and marches that have drawn serious backlash for inconveniencing a few shoppers for the holidays.

Mz. Conception is not without personal challenges but I won’t share those. I will share that I’m humbled by her presence, her resolve, her tenacity, and her love for all people but especially for her fellow African-American brothers and sisters. Her gift extends color boundaries, her insight transcends traditional religious allegiances, and her words, be them on the “pump the Black Fist” or “sweet, sexy, sultry, and tempting”, the National Poet of the Year Winner – 2015, Mz. Conception is a force to reckon with and some you should know on the Chicago Poetry Scene.